Over 100,000 People Gather at Free Iran Rally in Paris 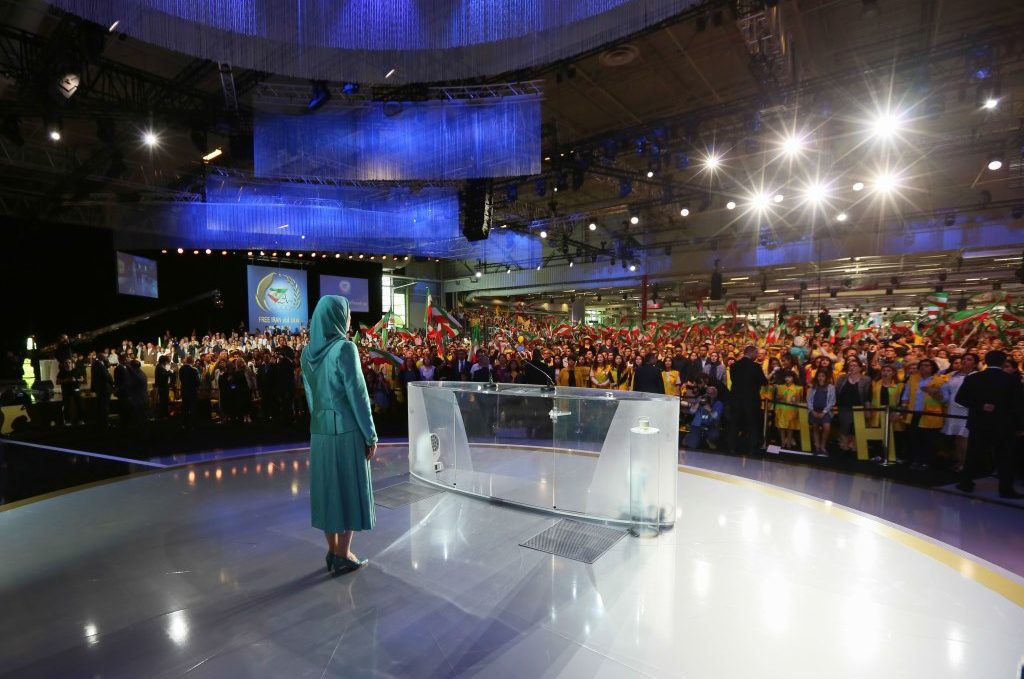 Some 100,000 Iranians rallied in Paris on Saturday to voice their demand for regime change in Iran at a rally organized by the National Council of Resistance of Iran (NCRI), the Asharq Al-Awsat’s English edition wrote on Sunday.

In the biggest gathering of its kind, thousands of Iranian dissidents called for the toppling of the Iranian government.

Iranian opposition leader Maryam Rajavi said during her opening speech that the only solution would be a change in regime to improve stability in the region. She said “regime change” is the “only solution” for Iran is to exit this “deteriorating” situation.

The latter also accused Iran’s leadership of supporting the massacre’s committed by the Syrian regime and called for an end to Iranian meddling in Iraq and Yemen.

“So long as the regime’s occupation of Syria, Iraq and Yemen continues, one cannot confront ISIS effectively,” she told thousands of activists.

She also said, “Those resisting Guardianship of the Islamic Jurist (Wilayat al-Faqih) regime are increasing and spreading their influence.”

Rajavi added: “Khamenei’s circle is looking for an outlet to escape internal crisis has failed.”

The opposition leader also warned that repression intensified and the number of executions rose to two to three times since the Iranian revolution.

The rally was also attended by an array of former American, European and Middle East officials and politicians to show their support for the NCRI.